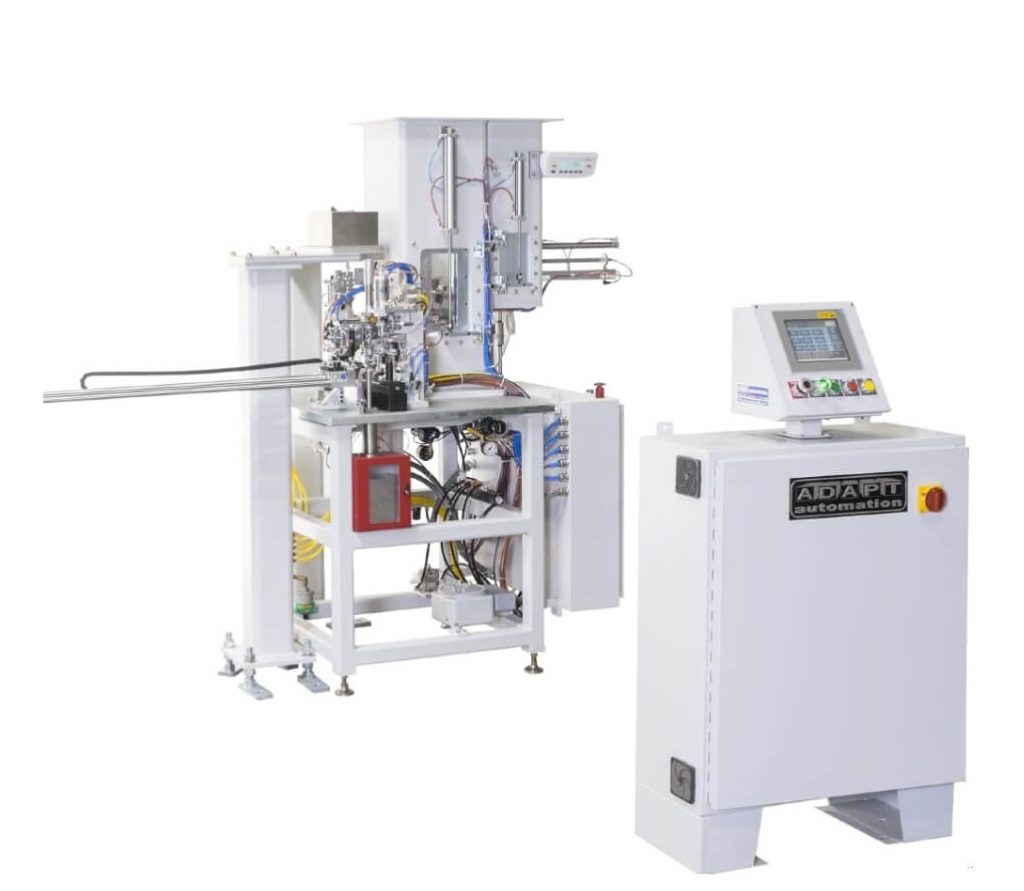 The operator then manually slides the nest into the barricade until it comes to rest underneath a funnel. The nest has a sensor to detect that the shuttle is all the way in place before the powder feeder will become active. The operator turns a rheostat to control the vibration of the v-track dispensing the powder out into a container suspended on a scale. The operator watches a monitor showing the weight in real time. Once the amount has been reached, the operator stops the flow by turning the dial to zero.

Then a manual rotator will allow the operator to rotate the powder container moving the powder into the ignitor can.  The powder is brought to the machine in a container that is loaded into an anti-chamber. The operation commences upon the room being evacuated. The container will be loaded in a cradle that pivots it over slowly and unloads the powder into the main basin of a vibratory feeding hopper. Once filled, this cup is transferred directly through an open chamber door and deposited into the funnel that feeds it to a fill by weight system.